Pauline and her late husband, Dale Allison, ministered together for 25 years in churches across Pennsylvania, Ohio, and Alberta, Canada. After his untimely death, she pursued a career in healthcare administration and served for 14 years as Executive Director of the Brookline Retirement Community in Mifflintown, Pa.

After sensing a call to ministry, she was ordained in 2007. Pauline assisted in the New Harvest Church Plant and later served as the associate pastor of Grantham BIC for eight and a half years. In 2012, she was appointed the first female Brethren in Christ bishop. Pauline previously served on the boards for Wesleyan Holiness Women Clergy and Messiah Lifeways and is currently the director of Awaken, a network for BIC women in ministry. Doris is an ordained BIC minister and has served in various pastoral roles at Mechanicsburg BIC for more than 23 years. A graduate of Ashland Theological Seminary, Doris served for 8 years on the Commission of Ministry and Doctrine. She has also served on the board of Wesleyan Holiness Women Clergy and as a mentor in Ashland’s Pastors of Excellence program. One of her greatest delights over the years has been mentoring other women in ministry. In her retirement, Doris enjoys working part-time as a spiritual director as well as reading, traveling, and spending time with family. Christina and her husband Luke planted Plowshares BIC in Lexington, Ky. in 2017. Christina serves as a pastor at Plowshares and as the Minister of Generational Discipleship for the Great Lakes Regional Conference. Additionally, Christina is a speaker, blogger, and coach for churches that are focused on connecting people of different generations in intentional discipleship relationships and ministering to families as a whole. She holds a master’s in ministry from Wesley Seminary at Indiana Wesleyan University and is completing her doctorate in spiritual formation from the same institution. Her writings on inner-generational family ministry can be found at www.refocusministry.org. Mona graduated from Eastern Kentucky University with a degree in nursing and began her career as a registered nurse in Lexington, Kentucky. During that time, she met her husband Dale, who was attending Asbury Seminary. They served together in pastoral ministry for 28 years in BIC churches across Pennsylvania until his death in 2006.

She is the CEO of Susquehanna Valley Women’s Health Care, an OB/GYN practice in southeastern Pennsylvania with 35 providers. She also serves on the executive committee of the US Women’s Health Alliance, a national women’s healthcare organization that works to improve the quality of women’s care, create a more affordable healthcare system, and protect and preserve the private practice of medicine. Tim and his wife Beth have pastored Walkersville Community Church in Maryland since 1997. Tim has served as a Character Coach with Fellowship of Christian Athletes since 2011 and leads a game-day chapel for the local varsity football team.

He holds both a Master of Divinity degree and a Doctor of Ministry degree from Evangel Theological Seminary and also earned a Ph.D. from Trinity College of the Bible and Theological Seminary in 2018. His Ph.D. dissertation focused on the application of 1 Timothy 2:8-15 and the role of women in the church. Tim has served as facilitator of the Biblical Interpretation course of the Directed Study Program since 2015. He and Beth have four grown children and one grandchild. Lynda has been part of the Brethren in Christ Church since 1983 when she began serving at Carlisle BIC (now The Meeting House). She later join the staff of Grantham BIC Church where she served for 11 years. Lynda has been the Pastor of Congregational Life at Harrisburg BIC in Pennsylvania since 2005 and has served as the Atlantic Conference representative on the Commission of Ministry and Doctrine since 2015. She and her husband Craig have two young adult sons, Ryan and Corey, and live in Grantham, PA. Ryan graduated from Fuller Theological Seminary with dual Master of Art degrees in Theology and Inter-Cultural Studies. He has a background in missions and youth ministry and is currently the associate pastor at Solid Ground Church in Alta Loma, Calif. Ryan also serves on the board of Awaken, a network for BIC women in ministry.

Ryan is passionate about many things, including coffee, soccer, running, traveling, meeting new people, and experiencing new cultures. He loves the diversity of Southern California and believes that each person uniquely reflects the image of God. He and his wife, Jen, live with their daughter, Kathryn, in Pasadena. Drew previously served as the Pastor of Community Groups and later the Pastor of Groups & Care at Manor Church in Lancaster, Pa. He earned an MA in congregational conflict transformation and organizational leadership from Eastern Mennonite University and has since served as an Ombudsman. He and his wife Millyellen now serve together as pastors of the Peace City church plant in Salem, Ore.

Drew loves camping, hiking, backpacking, snowboarding, and sees creation as a precious gift God called us to steward. Drew resonates deeply with the BIC’s Christ-centered interpretation of Scripture, commitment to peacemaking, and long-standing affirmation of women in leadership. 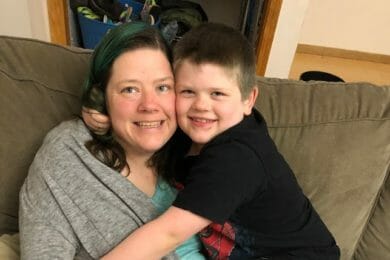 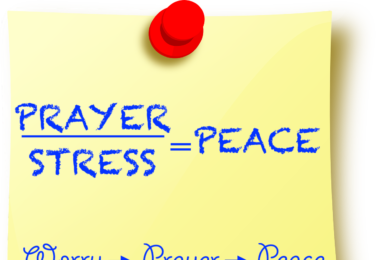